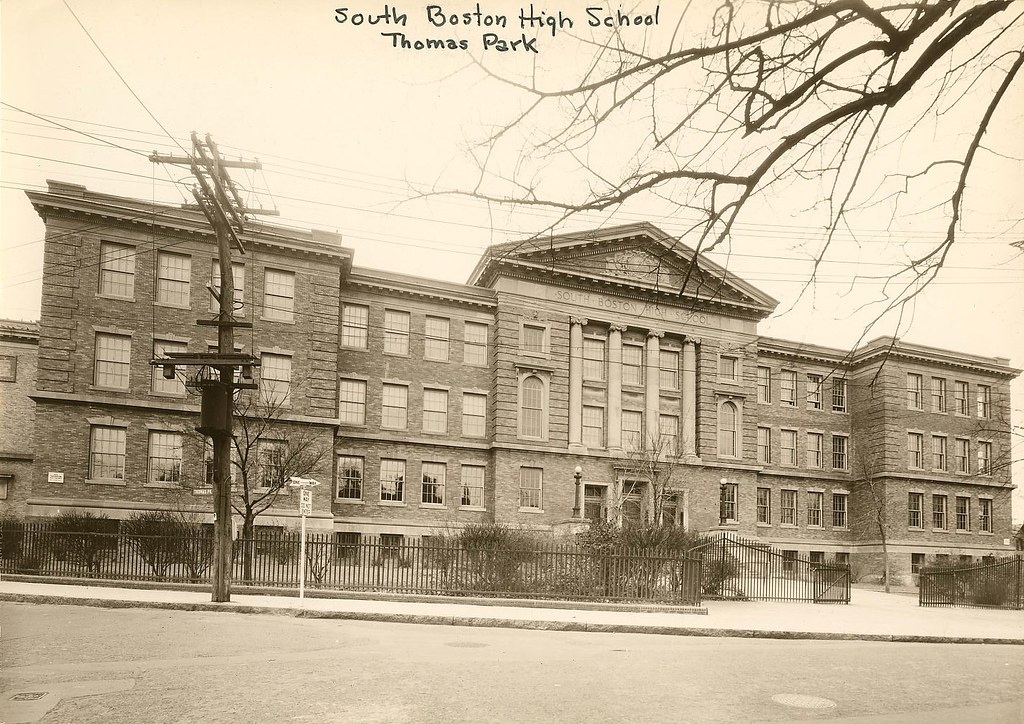 A letter to Judge Garrity from a high school student in Boston.

On June 21, 1974, Judge Garrity ruled in a court case that the NAACP filed in 1972. He found that racial segregation was present in the Boston school system in all areas of the city, at all grade levels, and in all types of schools. A firestorm ensued, and he received a barrage of correspondence from students, parents and citizens, both in support and in hostility to his court decision. High school students demonstrated the greatest opposition to Garrity's decision. They spent their entire school career in segregated schools. The students were used to this and many were not willing to change schools during their final years.

The photo on the left is a letter from a student about to start their senior year of high school. The student received notice that they would be attending a different high school in the fall of 1974. This particular student did not believe that they should have to attend a different school, as they had already taken photos for the yearbook and bought a class ring. The student also explained that they would need to quit their current job as the new high school was in a different neighborhood and the buses would not return them back in time.

Judge Garrity heard and denied a petition that would exempt high school seniors from the desegregation plan. He hoped that they would set an example for the all schools. In response, many students boycotted school and protested.

One school in particular that did not adjust well to the desegregation plan was South Boston High School. On September 12, the first day of school, only 124 students showed up. The school anticipated an enrollment of about 1,300.[i] Many of these students boycotted while others were afraid to attend due to the fear that violence would break out. Unfortunately for South Boston High School, violence did break out over the course of the school year.

An article published in MOSAIC's Spring 1985 edition. Students look back on their experiences with desegregation in Boston schools and in particular, busing.

On November 20, chaos emerged at South Boston High School when several fights broke out. It began when a white male student let a door slam in the face of a black female student. An even more violent incident occurred several weeks later on December 11 when a student stabbed Michael Faith, a white student. News of his stabbing spread around the neighborhood like wildfire and by mid-afternoon, 1,500 people had surrounded the school to confront the black students at the end of the school day. Fortunately, the students were able to escape when the crowd chased after three decoy buses. The reputation of South Boston High School became less than desirable by these events.

The students worked with professional writers and photographers, publishing powerful stories and photographs that capture the experience of growing up in Boston. Some stories show students’ experiences with desegregation, but others tell us so much more. Their stories touch upon issues such as divorce, death, foster care and immigrating to the United States. Students used MOSAIC as a platform to show others that South Boston High School and its students were much more than what the media portrayed.

An exhibit announcement for MOSAIC. In 1989 a traveling exhibition by the students was created, being first shown at the Boston Public Library.

High school students demonstrated the greatest opposition to busing than any other group of students. Their reasons varied from being afraid of violence to starting a new school for senior year. Many high school students opposed starting over because they already had a position on a sports team, bought class rings, or worked close to home. Forced busing during high school proved difficult. It is in this age group where the most violence occurred, including fistfights, riots and even stabbings. More notable than the violence is the cooperation and peace that came after. High schools in Boston began to set an example for racial tolerance and cooperation among students. Publications like MOSAIC showed others how far South Boston High School had come since 1974.

Listed below is a gallery of related items to this section. Included are several letters to Mayor Kevin White and Judge Garrity, an exhibit annoucement for MOSAIC, and an article titled "Growing up Southie."

An article from MOSAIC's 1984 publication titled "Growing Up Southie" about a student's memories of growing up in South Boston during the desegregation of public schools.

A letter to Mayor Kevin White from a high school student in Canton, MA. The student believes integration is impossible to enforce all at once and suggests that students in the first grade be integrated to desegregate Boston schools over time.

A letter to Judge Garrity from a high school student. This student was about to be a senior and wrote to Garrity explaining why they should be able to stay at their current school.

An exhibit announcement for MOSAIC. Founded by Michael Tierney and Dan Terris and launched at South Boston High School in 1980, MOSAIC was created in response to the desegregation of Boston public schools in the 1970s. A yearly publication was published from 1980 to 1988. Additionally, exhibitions of their photographs were displayed in locations around the city.