Busing Boston Bound: Phase I of Desegregation in Boston, Massachusetts 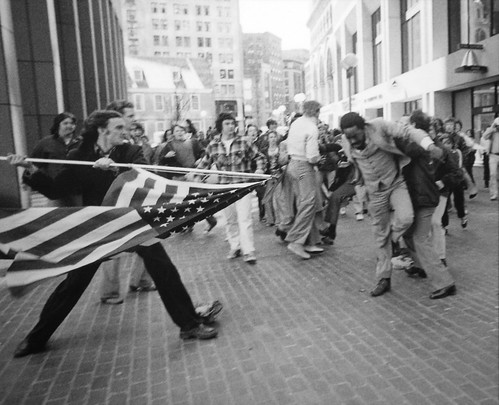 In 1954, the United States Supreme Court shaped the course of history. Their decision rendered in Oliver Brown et al v. Board of Education of Topeka et al, began a slow process that would take decades to combat:  desegregating public schools across the United States.

Fast-forward to 1965--almost eleven years after this historic moment--when, in an attempt to classify racially imbalanced schools and desegregate them, the Massachusetts legislature passed the Racial Imbalance Act. This act empowered the Board of Education to require local public schools to adjust their practices and and reduce the inequity among schools. The Board was charged with confirming that schools classified as imbalanced devise a plan to alleviate the problem. While the Board had the right to withhold federal and state funds should the local school committee fail to make the necessary progress, the Board had no means of enforcing compliance. After an attempt to dismantle the Racial Imbalance Act in 1966 (which ultimately failed) the Boston School Committee employed delaying tactics, which stalled any progress towards desegregation in Boston.

In the following years, plans submitted in a back and forth exchange between the Massachusetts Board of Education and the Boston School Committee only served to stoke the growing animosity between both groups. In 1971, the Board of Education had had enough and withheld state funding for Boston Public Schools in an attempt to force the School Committee to produce an adequate plan for desegregation. After numerous unsuccessful attempts between the Board of Education and the School Committee to work together on desegregation, both groups turned to judicial mediation to settle their disagreements. Several court cases were argued; most centered on the withholding of state and federal funds from the Boston Public School system. One case in the United States District Court Massachusetts District, however, took a different approach. Tallulah Morgan et al v. James W. Hennigan et al presided over by the United States District Judge Wendell Arthur Garrity removed the desegregation issue away from money and inter-departmental squabbling; instead, this case brought civil rights and student education to the forefront of its argument. The case started on March 17, 1972, when the NAACP filed suit against the Boston School Committee on behalf of fourteen black parents and forty-four black students alleging that the former violated the thirteenth and fourteenth amendments to the constitution as well as the 1964 Civil Rights Act.

This case, and the decision that followed, brought Boston into one of its most turbulent times in history dealing with race relations, civil rights, and education. The case in Boston brought busing and redistricting to the people and students living in the city of Boston.

Phase I, or the State Plan, brought with it the most violence and backlash. The Board of Education produced and submitted what became know as “the State Plan” during the trial. The following exhibit delves into the decision in Morgan V. Hennigan,the reason for implementing the State Plan, the details within the State Plan, and the implementation process. 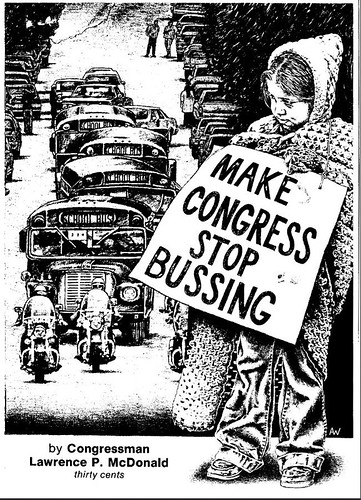 Content for this exhibit was written by Rebecca A. Carpenter, a graduate student in the Archives Program (History MA) at UMass Boston. Exhibited items appear courtesy of the Boston City Archives; the Northeastern University Archives & Special Collections; the National Archives and Records Administration, Boston; the Massachusetts State Library; photographer Stanley Foreman; the John Joseph Moakley Archive & Institute at Suffolk University; the United States District Court of the District of Massachusetts; and the Albert and Shirley Small Special Collections Library at the University of Virginia.