The Racial Imbalance Act of 1965 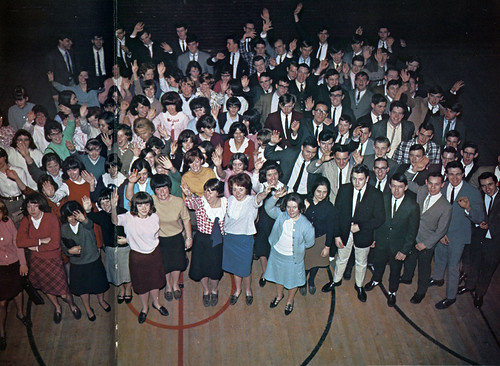 The “Policy” section of “Because it is Right-Educationally” charged the State Board of Education with the responsibility of asking for legislation based on the report’s recommendation. The report put forth the notion of allowing the withholding of state educational aid from any schools that were racially imbalanced. [9]

The State Board of Education voted to file legislation on April 26, 1965, on the lines of the recommended punishments. On June 1, 1963, Massachusetts Governor John A. Volpe presented his own imbalance bill, called "Quality and Equality in Education." His version also incorporated the “50% non-white” definition of racial imbalance. After much back and forth in the legislation processes, the bill was finally made into law on August 18, 1965. The Racial Imbalance Act of 1965 required the complete integration of the Boston Public Schools without the assurance of either significant financial aid or suburban cooperation in accepting African American students from the city.[10] The act meant that the Boston School Committee needed a plan before September of 1966, or it would lose funding. [11]

The School Committee sent several plans to the Board of Education to end racial imbalance, beginning in February of 1966. The Board rejected each of the initial plans due to inefficiency—all plans lacked documentation explaining how the various construction proposals would reduce imbalance. Finally, the Board of Education accepted the plan proposed in February of 1967, marking the first steps of progress nineteen months after the act's passing. [12]

This booklet contains information regarding a tutorial program for students for Operation Exodus students.

Shortly after the passing of the Racial Imbalance Act of 1965, residents of the city founded Operation Exodus. Operation Exodus was a privately funded program ($1,200/week) designed to bus African American students (about 250) to schools in the neighboring suburbs. The program cost $1,200 per week to operate, and provided transportation for approximately 250 students into vacant or empty desks in other classrooms. [13] Come January of 1966, four communities agreed to accept African American students into their school systems. Funding requests were subsequently sent to the Carnegie Foundation and the Office of Education to cover the transportation costs, per-pupil allowance, and administration of the program. METCO, a similar program, formed in March of 1966 [14]

The purpose of the Racial Imbalance Act of 1965 was to eliminate racial imbalance within the Boston Public Schools. The racial census taken in October of 1964 by the Advisory Committee on Racial Imbalance revealed 45 racially imbalanced schools within the City of Boston. Five years later, the same census was taken across the Boston Public Schools with the intention of producing different results. The racial census taken in October of 1969 produced disturbing results: there were now 62 racially imbalanced schools in Boston.[15] The events happening in the mid-1960s in regards to racial imbalance in Boston clearly were not working, and more drastic measures needed to take place. These small sparks served as the precursor to the raging inferno that struck the city in the mid-1970s with the implementation of forced busing.